In a press release, the Ministry said that the meeting “addressed different topics with the objective of establishing procedures and agreements for future coordinated operations aimed at strengthening national security and border control, where the Armed Forces can provide logistics support.” The press release echoes other statements and decisions already taken by the national executive branch within the framework of the “security emergency” statement made in January 2016, which expanded the role of Armed Forces in domestic security affairs, including authorization granted to shoot down aircraft that fails to identify itself.

The idea that the intervention of Armed Forces in the “fight” against the drug trafficking and terrorism is needed for “more security”—the objective of this campaign—is worrying.

The participation of the Armed Forces in security issues is prohibited under the fundamental laws of the reconstruction of the Argentine Democratic State, which were the result of broad, cross-party political agreements.

National Defense Law 23.554 was sanctioned in 1988 by the government of Raul Alfonsin, as a result of an agreement between the different political forces represented in the Congress. A similar arc was established in 1991 for the approval of the Homeland Security Law 24.059, which was sanctioned by President Carlos Menem. Finally, the law of national intelligence was approved as well by a broad majority in the final days of the presidency of Fernando de la Rúa in 2001. The three laws specified the regulatory framework and established that national defense is the exclusive realm of intervention by the Armed Forces, dismantling the prerogatives it had previously in matters of domestic security. Years later, in 2006, the legal framework was completed with the regulatory decree of the Defense Law, signed by President Nestor Kirchner.

In Latin American countries where the Armed Forces play a role in domestic security issues, in general, justified by the “war on drugs” rhetoric, the consequences have only been negative: they have not solved the security problems and human rights violations have increased. 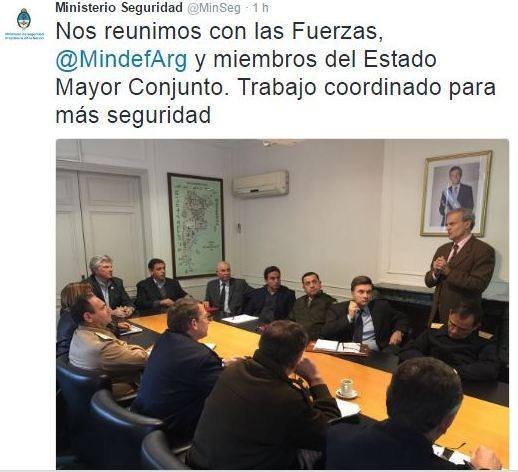 Report: The Hidden Costs of House Arrest for Women in Latin America