On Wednesday, August 30, the Argentine Supreme Court held a public hearing on the constitutionality of laws permitting religious education in the public schools of Salta province. As friends of the court, Argentine human rights group CELS and five other members of the International Network of Civil Liberties Organizations (INCLO) explained how such practices violate human rights as well as the national constitution.

Under international human rights law, all states must protect the right of individuals to equality and non-discrimination as well as to freedom of worship or belief. At the same time, they must guarantee conditions that enable children and adolescents to develop their progressive autonomy so they can freely and fully exercise these rights. In public schools, where children are educated to form part of plural, democratic societies, it is essential that the state take a neutral stance on religion.

In its constitution, Salta province gives parents the right to have their children receive religious instruction in line with their own convictions, in the public schools. In an area where more than 90 percent of people identify as Roman Catholic, this is tantamount to forcing the majority religion on students who profess other religious beliefs – or none at all. Also, instead of giving precedence to parental preferences, special consideration should be given to Article 14 of the Convention on the Rights of the Child, which emphasizes children’s progressive exercise of their own rights and the rights and duties of parents to guide them in accordance with their evolving capabilities.

The arguments set forth in the INCLO amicus curiae brief refer not only to Argentina’s constitution and laws, but also to relevant court rulings on the separation of church and state and on public education from Canada, Hungary and the United States as well as the European Court of Human Rights. United Nations standards are also cited.

INCLO members argue that the provincial state’s public schools must stop providing religious education altogether – whether during or outside regular school hours – and ensure that no public resources are spent on such teachings. Salta’s laws and regulations violate numerous human rights enshrined in international instruments that have constitutional standing in Argentina, based on the country’s 1994 charter reform. As a result, the Argentine Supreme Court should declare them unconstitutional. 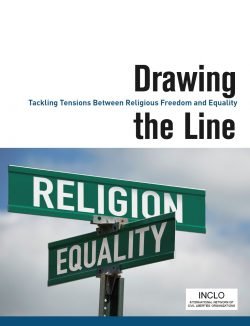