Drug trafficking has been perceived historically as a security matter and even as one of the “new threats to security.” However, human rights violations have multiplied as a result of a model of combating drug trafficking that has intensified and expanded violence – without achieving its purported goals. This policy’s inability to reduce the production and trade of illegal substances is clear, along with the effects on the lives of communities: forced displacements, mass detentions, prison overcrowding, eroded judicial guarantees, enforced disappearances and extrajudicial executions. Latin America has played a key role in questioning the current model, and some countries in the region have pushed for rethinking policies. CELS was one of the actors to understand early on that it was necessary to build a bridge between human rights and drug policy implementation. This connection must be present in the design and implementation of policies but also in human rights mechanisms and tools.

For CELS drug policy was a new line of work. However, it thrives on and interacts with others that the institution has been developing for decades, such as the functioning of the criminal justice system, prison conditions and torture, police practices on the streets, citizen security services and health care attention. 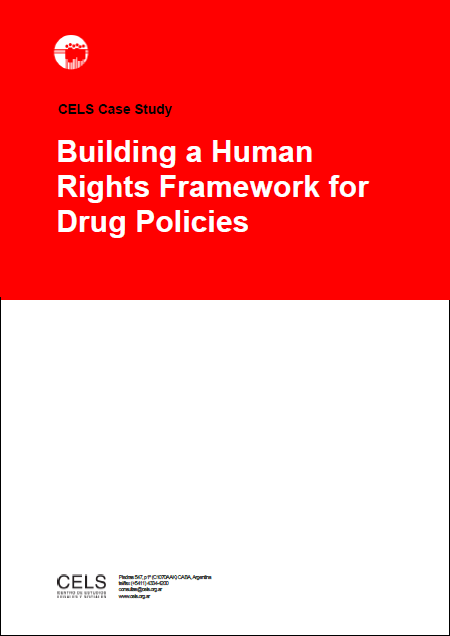