In 2001, CELS filed a habeas corpus on behalf of all the detainees being held illegally in police stations in Buenos Aires province, where more than half of the country’s detained population is confined. After four lower courts rejected the complaint, the national Supreme Court ruled in favor of the province’s 30,000 detainees, establishing the UN’s Standard Minimum Rules (SMRs) for the Treatment of Prisoners as the constitutional benchmark for detention conditions in the province’s precincts and prisons.

Eager to see this ruling implemented, we quickly discovered that the Rules – adopted in 1955 – were outdated and incomplete. They did not reflect advances in international human rights law or address many problems that we had seen firsthand in the detention system in Argentina and elsewhere in the region. When the opportunity arose in 2011 to participate in the revision of the SMRs, we jumped at the chance.

Over the course of four years, CELS participated in all the meetings of the intergovernmental expert group that drafted the Rules’ revisions and in various sessions of the Vienna-based UN Commission on Crime Prevention and Criminal Justice. With other national organizations from the Global South (Corporación Humanas) and Global North (the ACLU), as well as international organizations from the South and North – such as Conectas Direitos Humanos, Penal Reform International (PRI) and the International Commission of Catholic Prison Pastoral Care (ICCPPC) – we forged an informal alliance that lasted throughout the revision process. 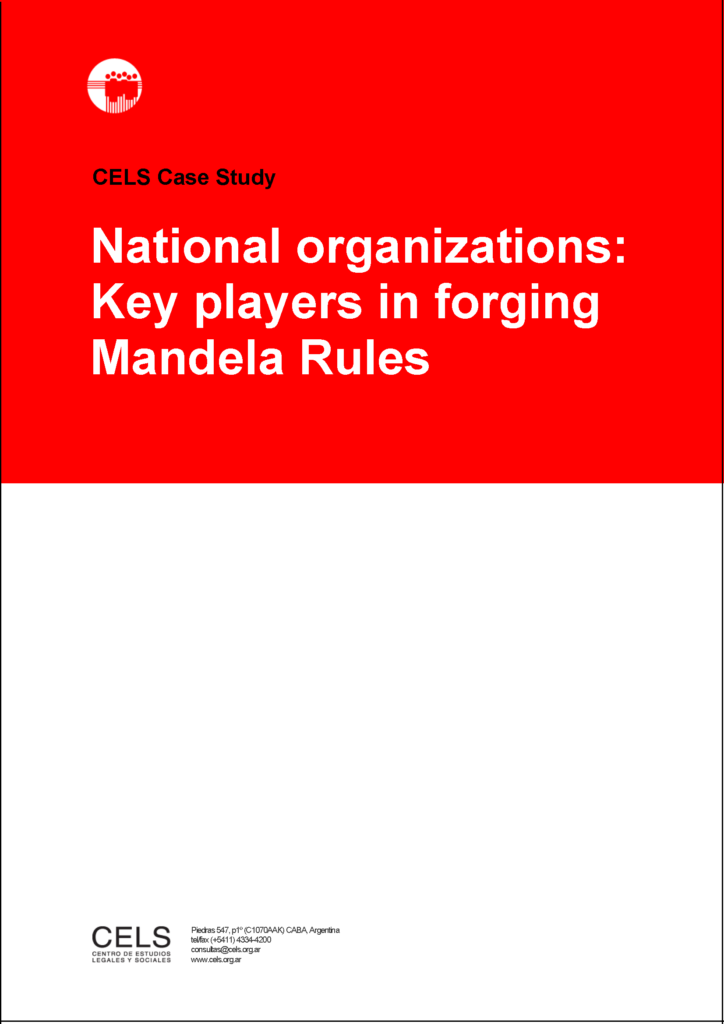