This work brings together the views of lawyers, researchers and human rights activists on different aspects related to the process of justice for crimes against humanity committed in the country during state terrorism. The articles address the reopening of trials and some controversial issues such as the validity of the evidence used in the investigation of the illegal appropriation of children, the participation of non-state actors in the repressive system, or gender violence in clandestine detention centers. It also explores the legacies of state terrorism that condition further development of democratic institutions, such as maintaining a repressive line or hiring or naming persons accused of crimes against humanity for public positions. This book analyzes these new discussions stemming from the justice process 30 years after the crimes were committed and provides fundamental arguments for understanding its implications in the consolidation of a state that respects human rights.

Criminal Prosecution in the Search for Justice

Testimonies as Evidence in Criminal Prosecutions for Crimes Against Humanity: Some thoughts on their importance in the Argentine justice process

Restricting Access to Public Office for Perpetrators of Crimes against Humanity: The Argentine Experience

Forms and Meanings of the Repression between the Dictatorship and Democracy

Gender Violence and Sexual Abuse in Clandestine Detention Centers: A contribution to understanding the experience of Argentina 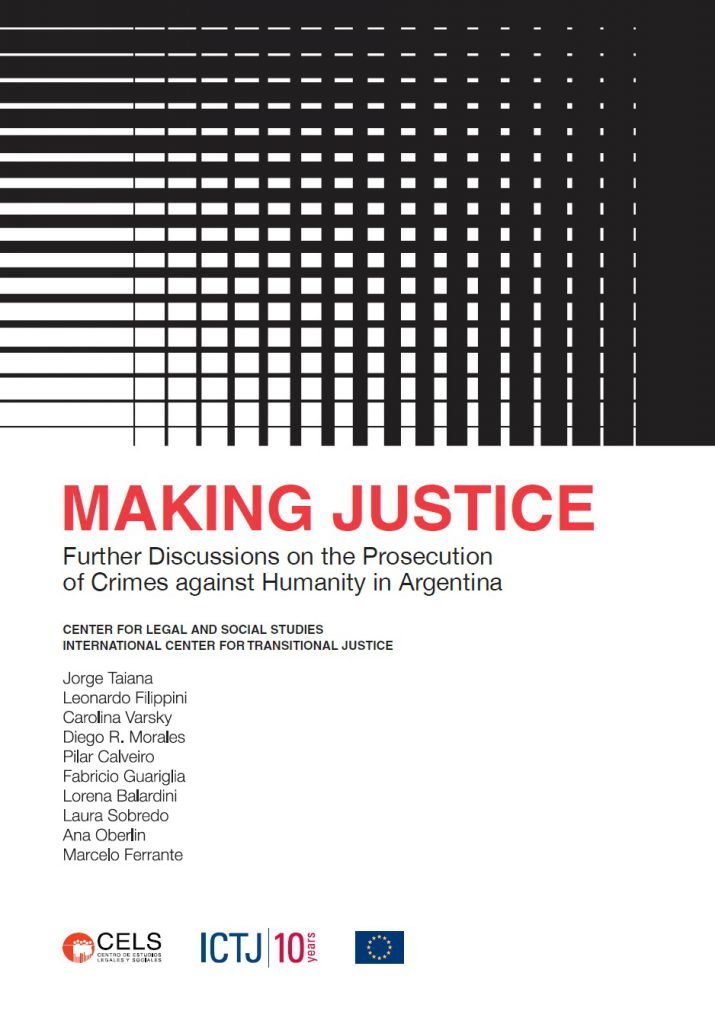